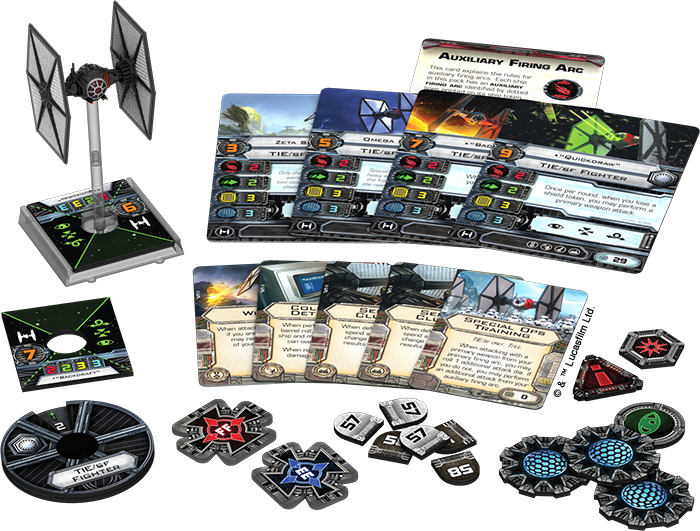 Only the First Order's most elite pilots were authorized to fly the specialized TIE craft from the Special Forces TIE Expansion Pack. Outfitted with enhanced shields, weapons, and sensor systems, the ship had a dual heavy laser turret mounted to the bottom of its fuselage. In X-Wing™ this turret empowers the ship to launch a more potent attack from its primary firing arc or to fire from both its primary and auxiliary firing arcs in the same round. In addition to its pre-painted miniature, the expansion also contains four ship cards and five upgrades.