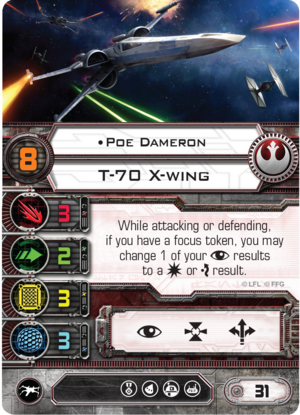 A ship's primary weapon value is the red number on its Ship card. This value indicates how many attack dice the ship rolls when attacking during the "Roll Attack Dice" step unless it is attacking with a secondary weapon.

Retrieved from "https://xwing-miniatures.fandom.com/wiki/Primary_Weapon?oldid=46890"
Community content is available under CC-BY-SA unless otherwise noted.