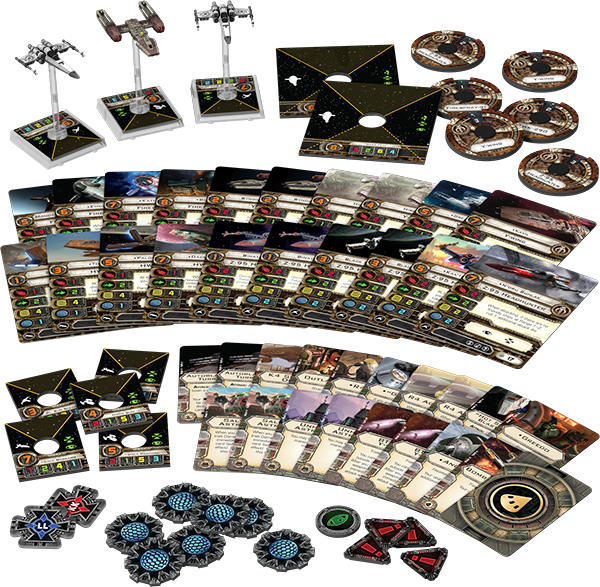 "Get your Scum and Villainy faction quickly up to speed with the Most Wanted Expansion Pack for X-Wing! Featuring three starship miniatures with alternative, Scum-themed paint schemes and a whole fleet’s worth of ship cards, upgrades, tokens, and maneuver dials, the Most Wanted Expansion Pack serves as the core of your Scum and Villainy faction, establishing its flavor and allowing you to quickly assemble a fleet by repurposing your existing starships for use within the faction."

Retrieved from "https://xwing-miniatures.fandom.com/wiki/Most_Wanted_Expansion_Pack?oldid=56491"
Community content is available under CC-BY-SA unless otherwise noted.