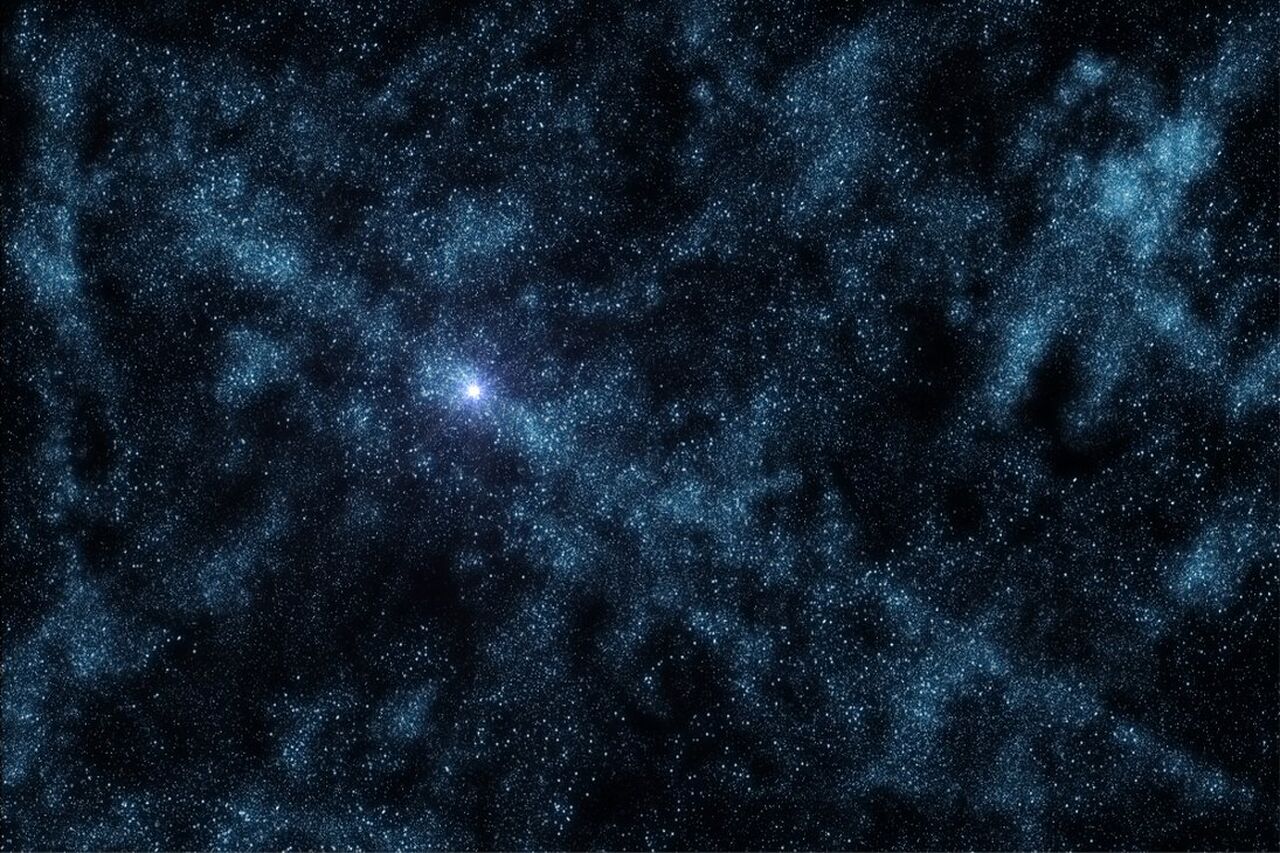 What's on your mind?

Those expansion packs are not listed in Products.

Could some admin fix it?

I have been playing x wings for a couple years now and I love the scum faction! I usually play 100 point battles, but love to play mini 40 point battles dogfights too sometimes. Here are some of my favorite Squads that I made! tell me if you like them, or if you have any ideas of how I can make it better! I am interested in expanding my inventory and some of the ships I am interested in is the Star Viper and the punishing one. If you guys use these ships and know how to use them, tell me what you think about them. What are the pros and cons of them?

thanks, Here are my favorite squads

I have a lot other of squads, but tell me if you guys want to hear them.

I am also interested in hearing what your guys top ships are, and top squads are:)

(Yet Another) X-Wing Miniatures Squad Buildergeordanr.github.io

Also tell me about your favorite scum builds and also I am interested in getting the jumpmaster or the StarViper. Tell me if you guys have any experience with either of these ships and what you like and dislike about them

Thank you guys so much!!!

Anything not working correctly since the migration to UCP?

If you were not already aware, please read this blog post about changes that are coming. Specifically, the Forums, Message Walls, and Article Comments are being replaced by newer tools. For a detailed FAQ about the Forums retirement, see this post.

Hi. I have gotten back into to playing X-Wing recently and just discovered there's a new edition. I only have the resistance era starter pack from the first edition. (The one with the T-70 and two TIE/FOs). Is there anyway I can convert it to be used with the new rules and stuff without having to buy the conversion packs?

Can you get two initiative 7 effects at the start of the engagement phase by adding Han Solo as a gunner and Swarm Tactics on the same ARC-170? Assuming the arcs and order of initiative are done correctly?  Am I missing something?

Hello, I am planning on getting some excellent models from "Mel Miniatures" on shapeways, but I am having trouble deciding which dial to give one and what point cost to give the other.

One is a ship that only appeared in "Shadows of the Empire" or something like that, so its stats are pretty flexible. I have narrowed the choice down to a TIE fighter dial or an M3 dial.

The other ship is a "T-Wing" the stats for it are available on Wookiepedia (https://starwars.wikia.com/wiki/R60_T-wing_interceptor) I have a dial for this one, but I need help figuring out the point cost for the generic pilot.

It is basically the same stats as a z-95, but with a "boost" action, switch a Torp. instead of a missile, and apparently it can have a salvaged astromech slot.

I do not have enough experience with the game to know what a balanced point cost for it would be, but I do think it should be higher than a z-95 so it doesn't "replace" it.

(edited by The Scummy Harpoon Marksman)

As you all may knoyw, X-Wing 1.0 is on it's way out. I doubt there will be any new expansions, for we have seen everything. But we can dream. I propose a final Scum expansion; The Vote Snaplaunce.

Pilots: Snaplaunce (unique): Tie Bomber :You must equip the Vote Snaplaunce title card. You cannot be declared the target of an attack: PS2: 16 pts

Titles: Vote Snaplaunce (scum only): You may equip up to two different title cards. You must equip the Tie Shuttle title card. Your upgrade bar gains x4 Illicit slots: 0 pts

What do you guys think? Price? avalibility?

Hey everyone, I'm moving my efforts more and more toward managing the 2.0 wiki, and I'm looking for someone who is interested in being an admin here on the 1.0 wiki.  Even though much of the community is moving on to 2.0, there will still be people who enjoy this edition, particularly for things that haven't transferred over yet like Epic play and Heroes of the Aturi Cluster.

We need someone who's interested in visiting here semi-regularly to answer questions, stop spam & vandalism, etc.  We have a single Admin account that just has to be renamed.

Ideally I want someone with a history of editing/commenting here, since they have shown a commitment to the wiki, and shown that they're not a bot account.  ;)

The Rebel Transport has 4 energy but the most energy that it can use is 3 when moving 1 forward. How does it use the 1 extra energy?

So I'm still a noob in the table top gaming scene and started with X-Wing because it was simple to understand. I may not have much experience with the game but I for one didn't feel like it was broken. The 2nd edition looks far less simple.

While I'm unhappily going to be getting the 2nd edition, albeit slowly, my question is FFG and the X-Wing community at large going to be abandoning the 1st Edition? We have two exciting expansions coming out, including a long awaited fix to the T-65. I'm highly confused.

I created this in order to answer a question risen in another topic, so to keep THAT thread on topic, let's discuss our p&p experiences here.

I can't speak for 4th ed, as I haven't played it, but as far as I can collect, the popularity of Pathfinder came from the disappointment 4th ed was. Pathfinder is great! It's simpler and more accessible version of 3.5th ed, focusing on a higher power level characters. In time, the customization options has exploded, overwhelming new players (a 2nd ed Pathfinder has been announced, play test will begin in August) if they strayed just a little from the core rulebooks. But that means you could make basically anything you wanted (within limits, off course). But this could also lock your character in super-powerful, one-trick ponies. If you wanted to goof around and be a jack-of-all-trades, you would be at a significantly lower power level than you munchkining friends.

Pathfinder also drowns in different kinds of modifiers. You could have about 10 different, stackable typed modifiers to your attack roll, plus an undefined number of untyped modifiers. AC at 70 at level 15 was not unheard of and an attack bonus in the 40's is normal.

5th ed D&D, however gets rid of all this. Where Pathfinder is the Android to 3.5's iOS (or vice versa), 5th ed is your good old abacus. Gone are the excessive amount of magic items and with them the high amount of modifiers. You basically have one main modifier (based on your level) plus your ability modifiers. And where customization was a great part of Pathfinder, 5th ed is the opposite; but in no way are your options locked. The options are so few, that it is your imagination, that sets the limit. A fighter can fulfill basically any role and perform well with any weapon, just as a fighter should, instead of focusing on a single weapon, and so on.

A drawback to this is the low modifiers. You simply feel it's a 50-50 chance whether you make a check or not. In Pathfinder, you could be fairly certain that your investment in certain magic items and skill and feats would help you overcome obstacles, you were trained for. In 5th ed, everyone can pass or fail basically any check.

Pathfinder 2.0, however, seems to promise some sort of middle ground between those. I'm looking forward to see what Paizo has in mind.

X-Wing Second Edition is announced and has many differences from First Edition.  We need to decide whether to combine that info on one wiki or split it off into an entirely separate wiki.

Discuss the options here, and vote on the front page.  Thanks, everyone!

I wont lie, I'm sad to see the series rebooted, the cost to convert my old fleets is extravagant.

On the plus side, though, with the T-65 fixed and no new content coming out, we have an impressivly complete and balanced game in V 1.0 (Assuming you simply ban harpoon missiles)

If your not aware X-Wing 2.0 has just been announced. The entire game is being overhauled and revamped. Actions are getting huge changes and so are turrets. There willl be backwards compatability kits to convert the ships you have into the new ones and there is a whole new force system that plays into the game that give special powers and abilitys. Also no more printed point costs on cards, all now through a website and a mobile app too look up and build squads. The future is now people. I don't know what to think yet but I do know my wallet will be hurting.

With Proton Bombs, it states the damage is one face-up damage card. What if the ship has shields? Does the ship still take damage or is one of the shields removed?

With the new regade rift, and servo motor s-foils I think its time for the perfect Adumar fleet. Do you guys have any ideas? The only restrictions on the fleet and that you must use Wes, Wegde, Hobbie, And Tyco in an x-wing and you must equipt the rift. Hobbie also gains an elit slot. Any feed back would be apreasated.